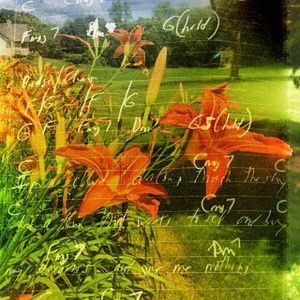 Maybe you don't know what it is yet or maybe you do, but when you find what brings you to life, what you are truly passionate about, go for it!! Don't sweat the outcomes at the start.  Let success and failure fend for themselves for now.  Start from where you are with what you have but start!

If it really matters to you:  that is the only fire that burns bright enough to carry you through doubt, discouragement, and disappointment. The key is: how much does it matter to you.  That is where the energy, drive and will to work will come from.  I wrote for years and never shared it.  Then I quit. Time passed as I pursued more "important" things.  Then one day, after years, a creative spark turned into a flame and a deep need to create drove me back to pen and paper.  But it was only when I took guitar in hand that the music set me free to write what I wanted to say through song.  That's when I found my voice, my passion, what makes me feel alive! I should say, rediscovered my passion, for I was singing in my head for as long as I can remember.

The first song I wrote that I felt captured a deeper part of my creative vision is Tigerlily.  I wrote it at summer's end 2014 and the lyrics are here.  Basically the song wrote itself and I was simply the recipient.  For reasons I don't understand it's connected in my mind to "The Circus Animal's Desertion" by William Butler Yeats. That's the reason for using the line "where all the ladders start" as the title of this blog.

Maybe whatever it is that makes you feel alive is just for you and maybe it is to be shared with others.  It is enough that it matters to YOU.

I feel confident in saying that a few of my artistic inspirations did what they did because it mattered to them first and foremost.

T.S. Eliot, widely regarded as one of the greatest poets of the 20th century, was going to do what he was going to do creatively regardless of his circumstances.  The bank clerk was going to scratch out "The Waste Land" whether anyone else cared or not because it deeply mattered to HIM.

Bobby Dylan was going to write and sing whether or not anyone showed up to hear a kid who "couldn't sing" step up to the mic because it deeply mattered to HIM. That's the key: how much does being creative matter to you?  Life has a way of sapping creative energy and wearing us down but if being creative matters to you deeply, go for it!  Don't look back and don't give up!