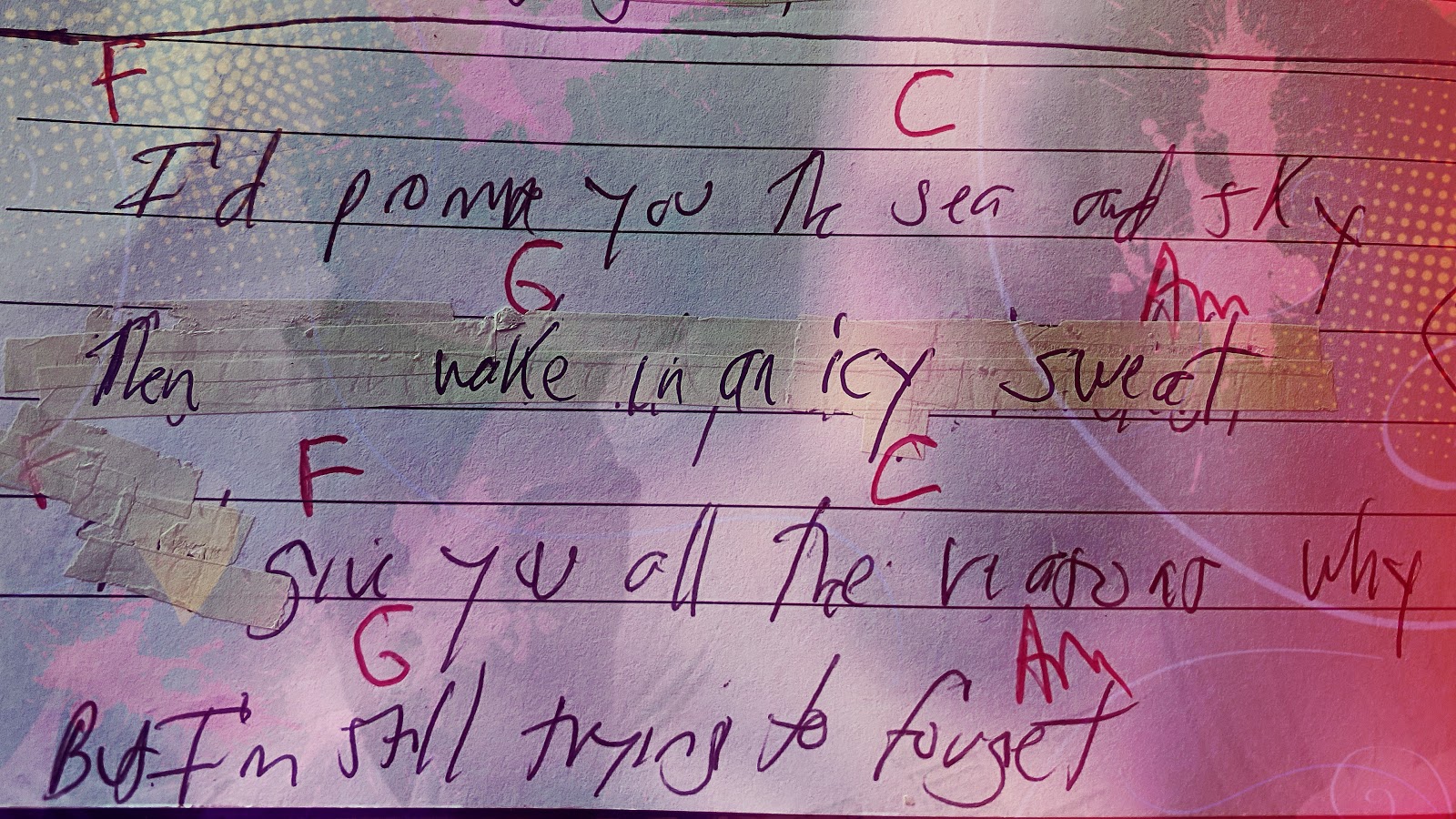 WB Yeats perfectly encapsulates the essence of creating art when we are at odds with our feelings in this phrase.

And I completely agree.

If you’ve been listening to my songs for the past few years, you may have noticed that most of my lyrics revolve around conflicting emotions. My songs don’t tell you what to feel. They allow you to join, to participate, to feel.

And when I experience something strong enough to sing about, it always feels multidimensional to me—sort of like being in a movie with a soundtrack, and yet at the same time watching that same movie you are in.

Pulling Inspiration from the Greats Throughout the past several years that I’ve dedicated myself to my music, I found that writing about conflicting emotions isn’t the easiest thing in the world.

But I think it’s also one of the things that makes my songs relatable to so many people.

Of course, I’m not the first artist to do this. Personally, I feel a deep connection to Yeats, T.S. Eliot, and Bob Dylan. I love poetry, but I need to sing more than to speak.

Many songs, while not entirely about conflicting emotions, have parts that speak about or build from those feelings. For instance, a song I covered, “I’m Not In Love” by 10cc, neatly encapsulates that internal battle. “Viva La Vida” by Coldplay probably wouldn’t be an obvious pick for songs expressing conflict, but I happen to see it as built on that. “Like a Rolling Stone” by Bob Dylan sounds all venom and anger, but underneath that, I see love’s bitter disappointment.

Another one of my favorite mixed emotion songs is “What a Fool Believes” by the Doobie Brothers. The fool, the man, hopes to rekindle the flame in the relationship. But the other, the woman, simply indulges him with a meeting, then leaves forever. Bittersweet and amazing. There’s also Simply Red’s “Holding Back The Years”, Bob Dylan’s “It’s Alright, Ma (I’m Only Bleeding)”…

I could go on and on.

The Method to My Madness I often just go by how I feel, so coming up with a process is an incredibly challenging feat for me. But to help you get inside my head (honestly, good luck with this lol!), let me share with you parts of my working process when I create these songs:

1. Stay in tune with the feelings under the surface

My writing has changed over time, but, generally, I start out with a strong feeling—usually a disturbance to my steady state. I disregard any surface emotions and just dig deep. This, then, leads to a word, a phrase, a line. I allow the feeling to guide the initial singing of the phrases.

At this point, I don’t repress anything, I have no editor. I’m just a conduit of the emotion to the sung words. After that, I grab my guitar (almost always the acoustic one), then I start writing and singing more.

Many fellow songwriters ask me if I prefer to pen down the lyrics or the music first. To be honest, this just depends on what you find comfortable and works for you. I’ve done both, even done several instruments at first, but I’ll say the songs tend to be very different depending on how you begin.

These days, I blur the lines between the two by writing and singing the lines as I write.

2. Ease up on pressuring yourself

Many times, you might feel that you’re not doing anything right or that the first draft is unsatisfactory. That’s okay. Don’t be too hard on yourself.

I often have songs that I don’t quite feel happy about, so I go back to them after weeks, even months. Embrace revising your creations. I revise several times: first, right at the end of the initial draft, then later, when I can see and listen more objectively. I always aim to create an experience for the listener.

3. Remember that emotions are natural

Love, hate, anger, sadness—these are all normal feelings. What you feel are all valid. Allow yourself time to bask in the peak of those feelings, let yourself be awash with emotions. You can maximize the creative processes by muting your inner editor as you write.

My Songs on Conflicting Emotions

After writing songs rooted on mixed emotions, I do a quick assessment. I know that I’m on the right track when, after singing the song later on, I can recreate the emotions I had when I wrote it.

For me, feeling those emotions again, regardless of what they are, brings me happiness as an artist. It’s the reason I write songs such as:

Of course, like every artist, I want people to like my songs. Personally, though, creating them has to come from something that matters to me: creating beauty out of chaos, art out of  confusion, and a love for life—even when it makes no immediate sense.

Speaking of conflicting emotions, my latest song “Flames” is out on Spotify, Apple Music, Google Play, and YouTube Music. I sing about feeling love and hate at the same time—being attracted to someone, even if you don’t want to be. Please do give it a listen and would love to know what you think of it.